The first year in the life of Beck O'Lande 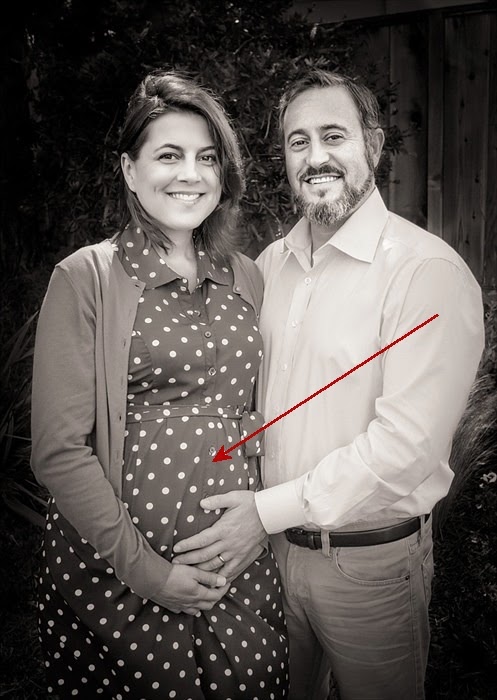 I'll probably get shot for putting up this post, but since we (Uncle Peter and I) can't be home for the Little Dude's first birthday, I hope this message will tell him, one day, how much I missed not being there over the last year to watch you grow, and to help him celebrate his very special day today.

So let's start at the beginning. Okay, we won't go back to conception, but close enough.

Here's mom and dad -- my beautiful little sister and her amazing hubs. And look. There he is -- the bun in the oven.

At this stage, mom and dad still hadn't picked a name, or perhaps they had but were testing out a few others to see what would stick. Beck was the first name they liked and always had it at the top of their list, right up to the day of his birth. 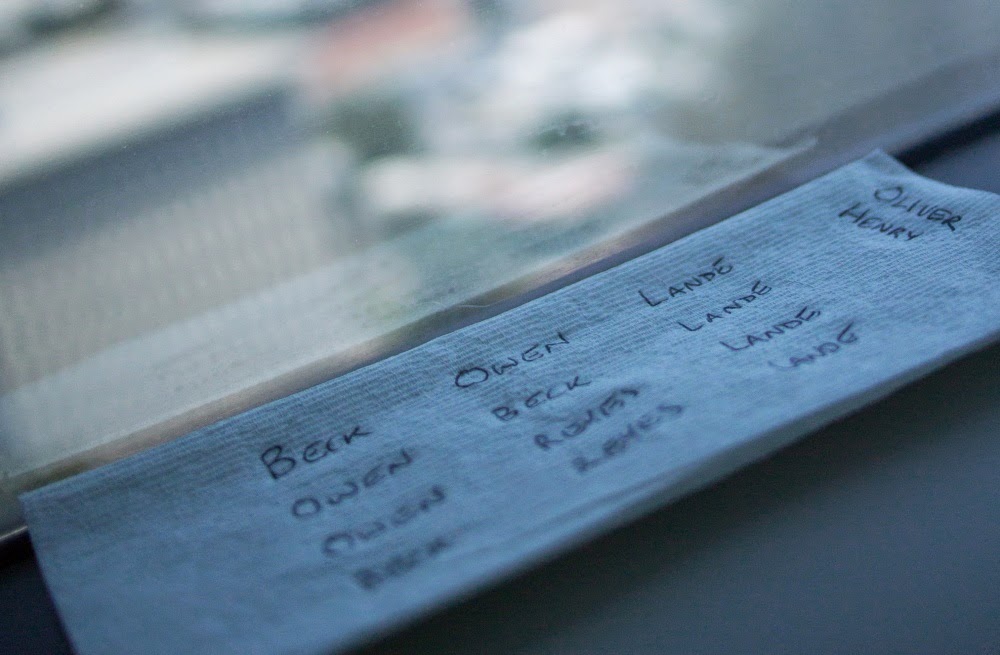 Owen is an old Irish name, originally spelled Eoghan, and in modern times, Eoin . . . all pronounced the same. It roughly translates to 'born from the yew tree' -- yews being sacred trees. It's thought Eoghan was the Irish translation of the Middle or Old English name Eugene, which means 'well born'. In modern Irish, Eoin translates to John, which means 'grace'.

So, the Little Dude is off to a great start. He's well-born into grace and cool, peaceful waters. As he's born under the sign of Cancer (a water sign), the name Beck seems fitting.

Don't let the peaceful Cancer sign fool you. There's a little Leo lurking there too...Beck's rising sign. This means, Beck will grow to be full of quiet passions...things he feels deeply for, but pretty much keeps to himself, until/unless he really feels a need to share whatever is on his mind.

While we haven't been home over this last year, we did meet Beck on his birthing day, and fell in love the moment we saw him. Not having kids ourselves, I can only imaging the emotions that have welled inside me personally over the last year must be akin to what a parent might feel for a child. Very odd feeling, but also very profound.

Even though we haven't been home to share in Beck's first year, mom and dad have been very good about sharing photos and video so we can watch from afar as Beck grows and learns.

Let's take a journey in Beck's first year through some of the photos mom and dad have shared over the last year. 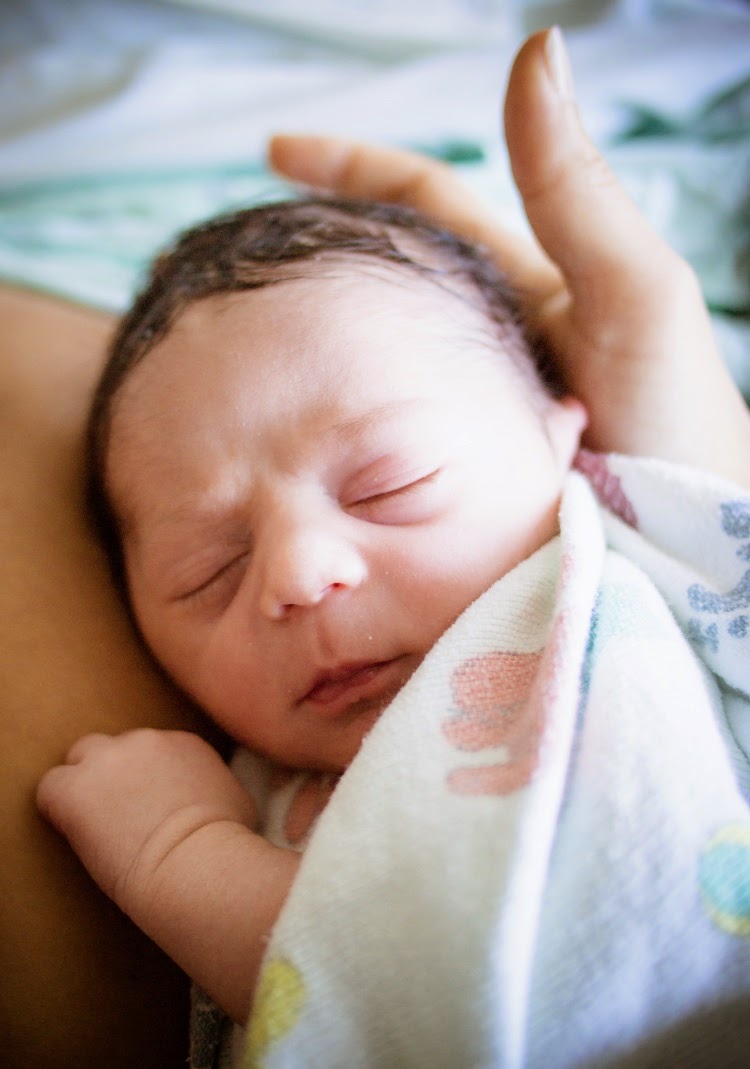 While he's sleeping here (long day, let's admit it!), from the moment he was born, he was the most alert newborn I've ever seen . . . not that I've seen a lot, but babies in general tend to sleep a lot right after being born, but Beck was alert and curious from the moment I met him. I was amazed how his eyes tracked voices and he would look toward the person speaking. 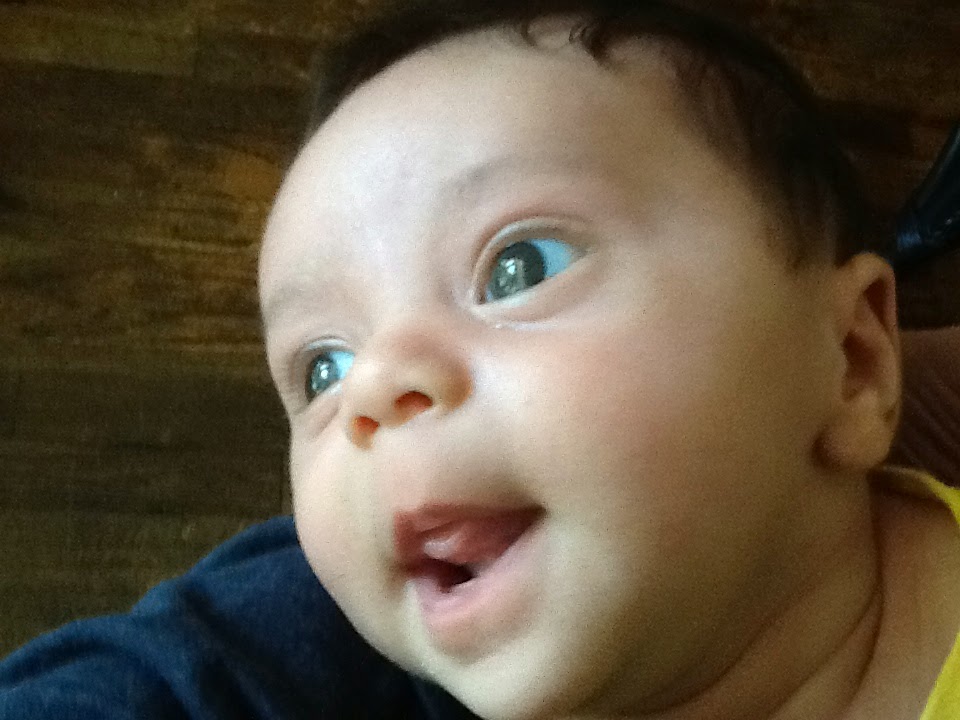 And he's starting to look more infant than newborn. 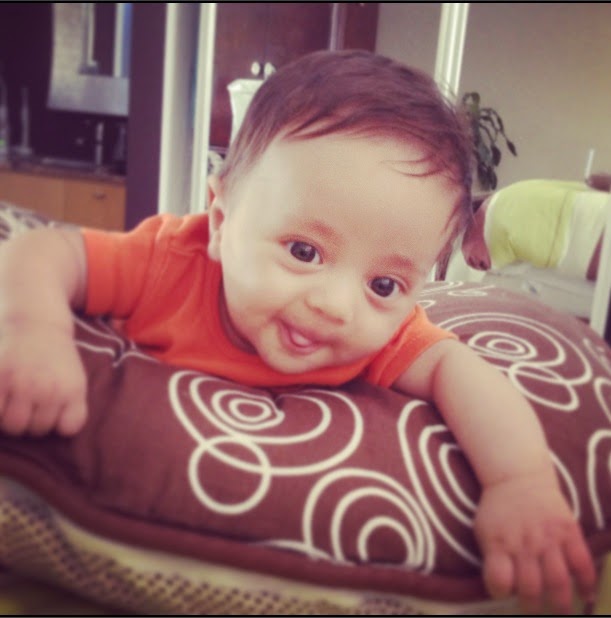 At two months of age, he's already learning to hold up his head on his own, and by all account, looks ready to leap into action given half a chance.

And he seems to have a thing about sticking out his tongue, as will be evident int he next picture ;-) 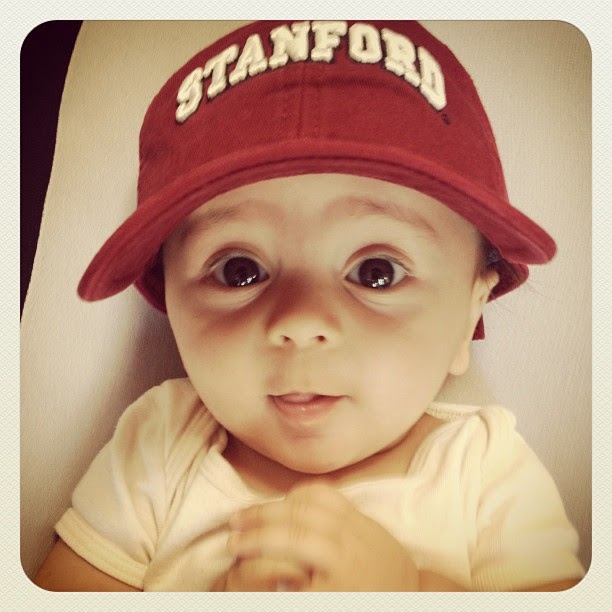 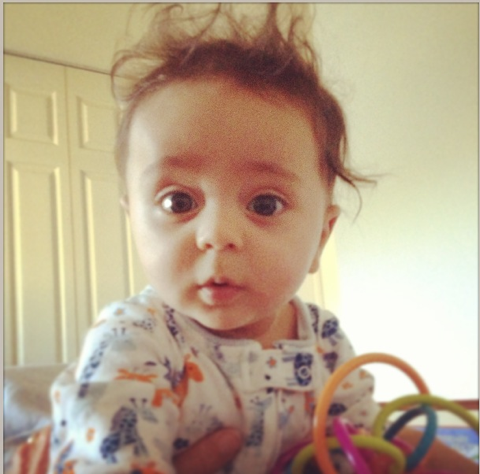 Shall we call this one, "The morning after the night before"?

Or, "Did someone say breakfast?" 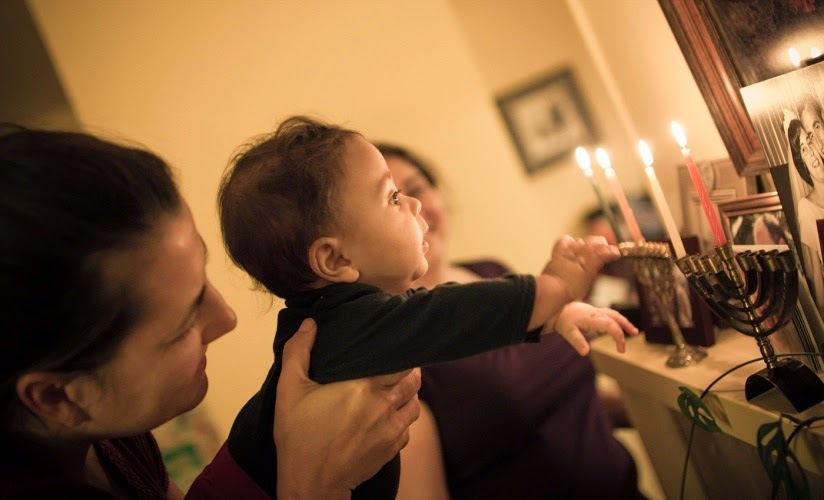 Beck is being raised in both faiths. Awesome! 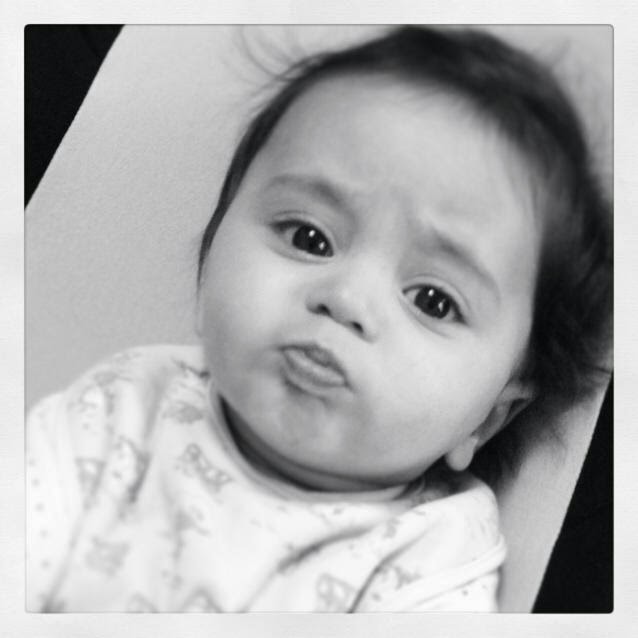 Kind of reminds me of a baby Jimmy Page. Jimmy makes those faces when he plays guitar.

Maybe we need to get this boy his own ax soon! 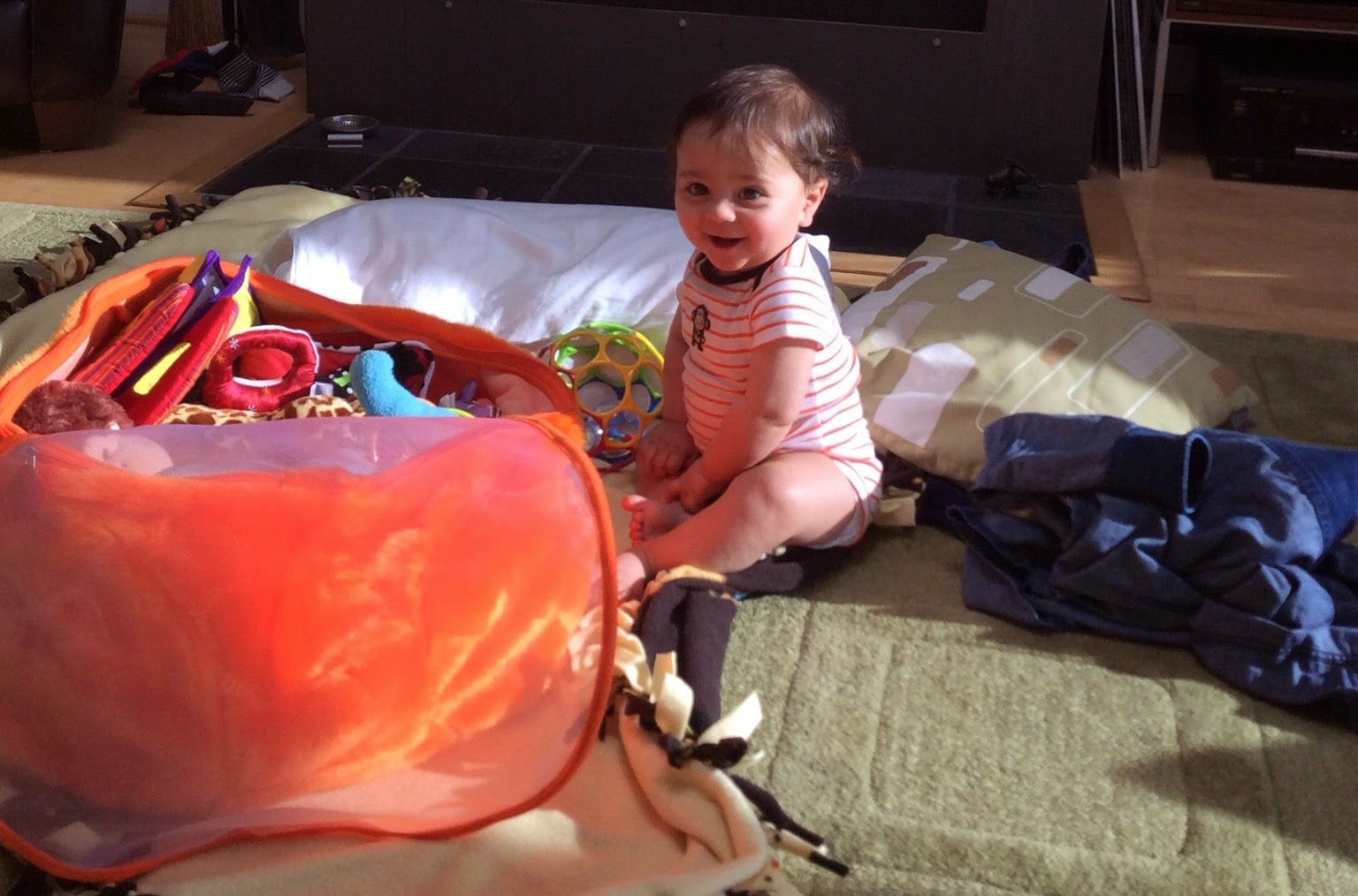 Sitting up, crawling around, enjoying his first six months on the planet.

Who wouldn't with a raft of toys like this? 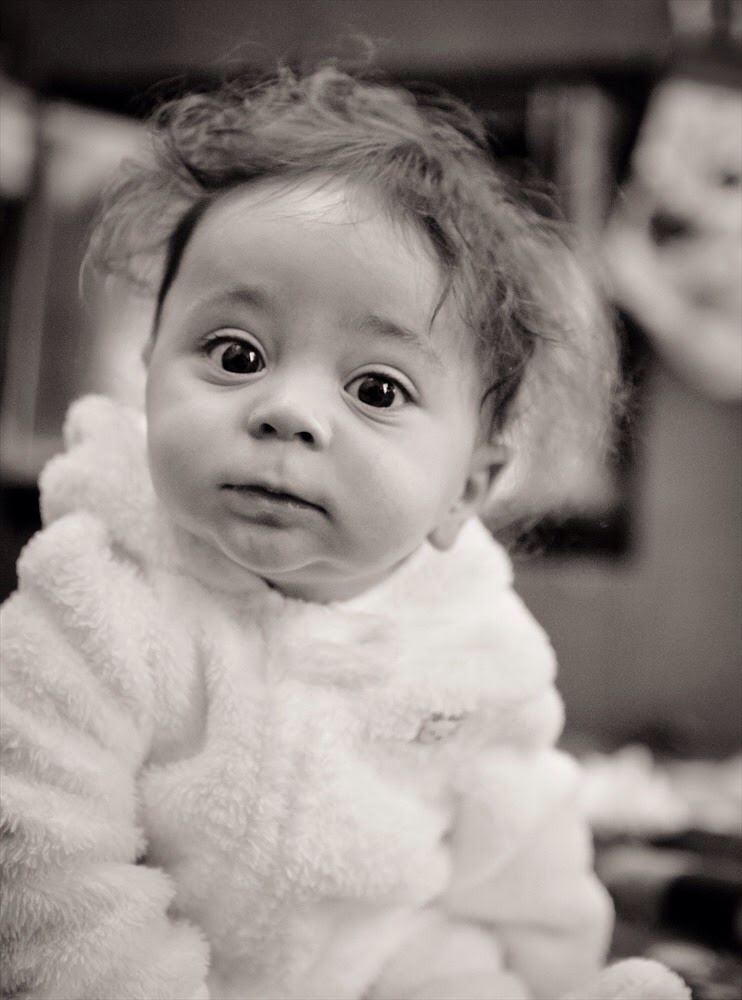 "So I says to Ma, "Ma, what in the H E double chopsticks did you put me in this time??

If there's one thing Beck is not lacking, it's an expressive personality.

Perhaps this is something we'll need to remember as he gets older and becomes a 'moody teenager'.

We'll have to pay attention to what his expressions are trying to say that his mouth won't. ;-) 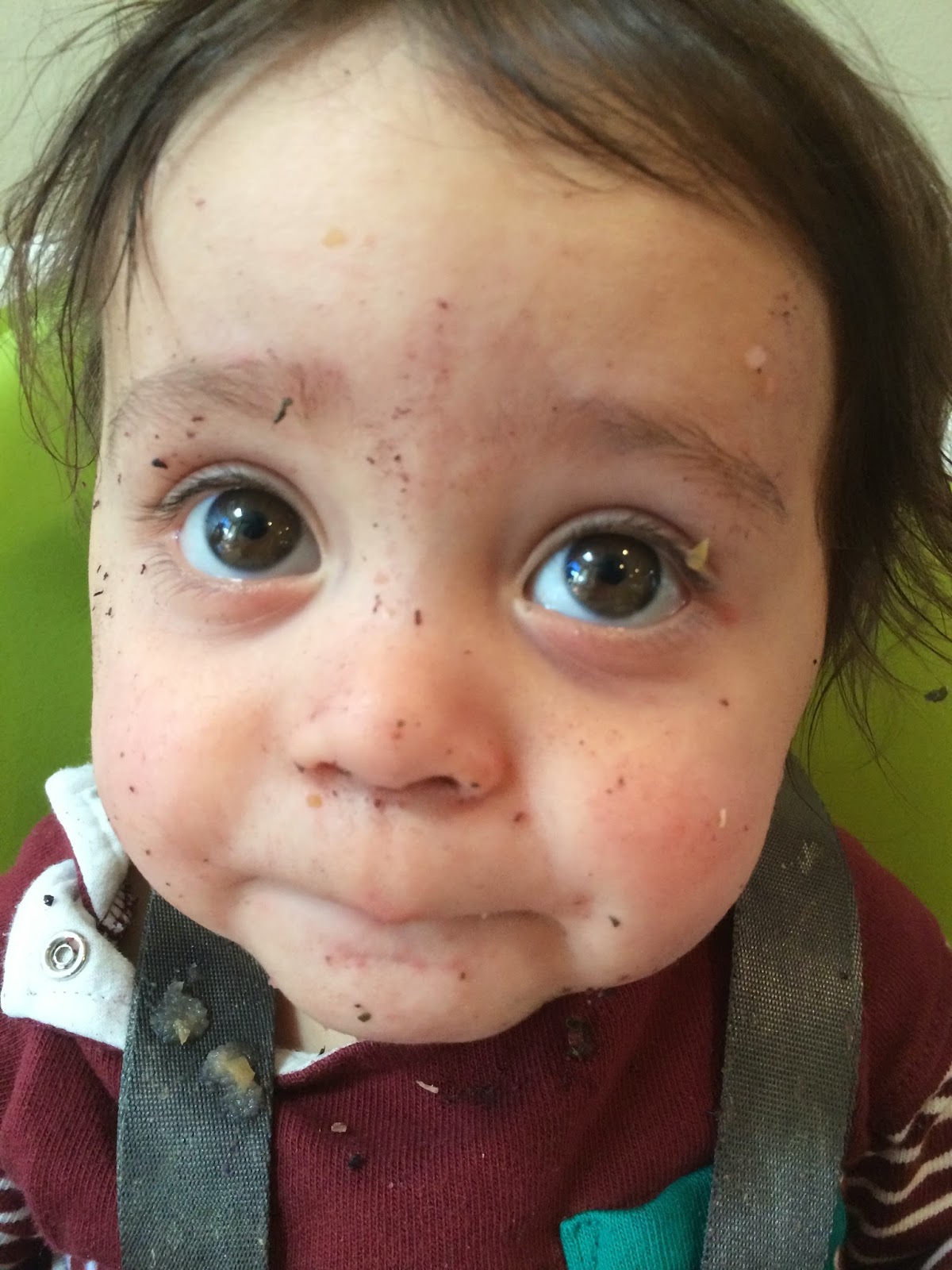 Look at those big brown eyes, begging you to make it, whatever *it* is, better again.

Or at least, put him in a clean shirt and wash his punim. 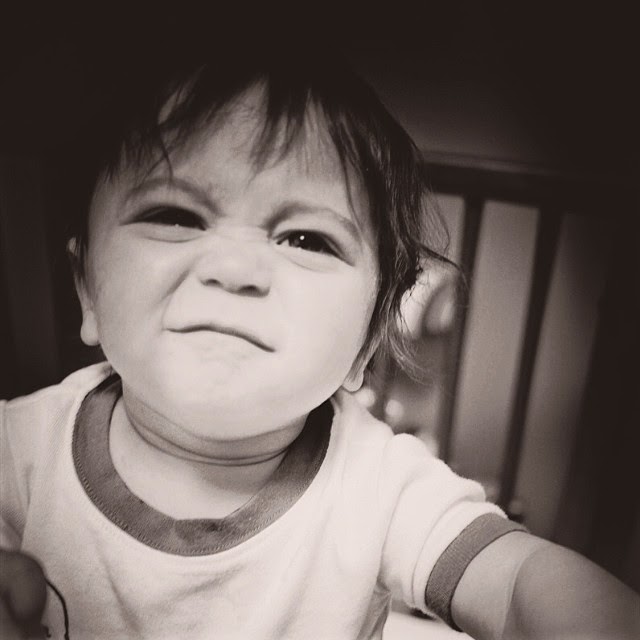 Having known my sister all her life, I'm seeing a lot of her at this age with this same expression.

And funnily enough, I'm also seeing a lot of Grandma Becke too! 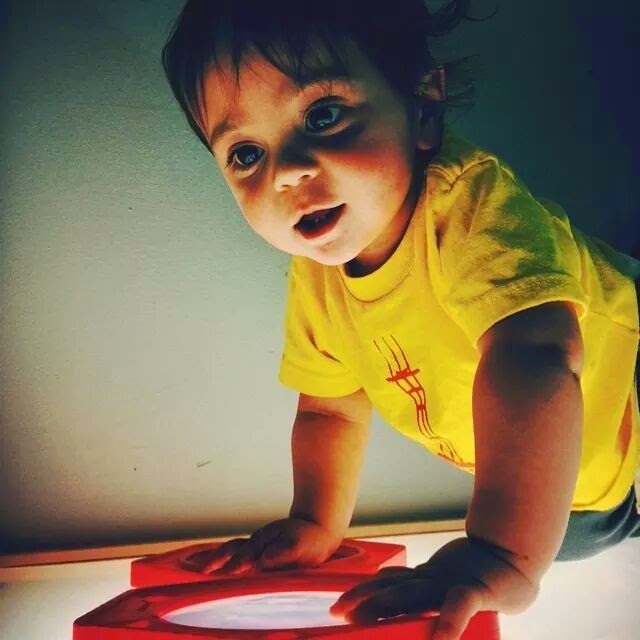 This is what happens when dad's a photographer.

Beck is turning into a poser for the paparazzi.

Or maybe just poser for Papa.

We miss you and a love you very much.
We can't wait to see what year two brings! 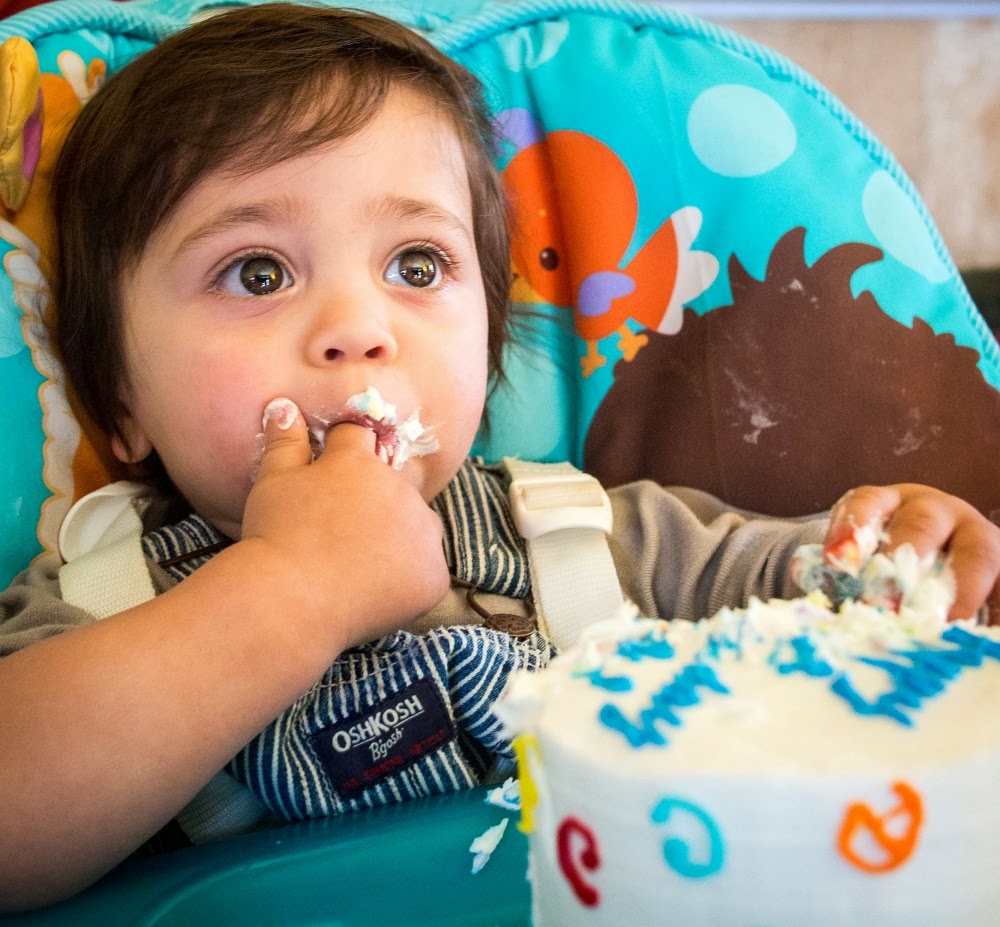 Posted by Kemberlee at 7:31 PM