I recently saw a news piece about a family in Louisiana who still run full service gas stations, and it got me thinking about my own family and the stations we once had.

The station pictured here eventually became what we called the Little Station. It had one service bay, a tiny office, and the single island for cars to fill up.

We had this place until I was about ten. I learned to ride my purple bike with the banana seat on the lot here, and got to meet Rickey Nelson ;-)

In 1975, when we got what became known as the Big Station (3 service bays, waiting room, office, backroom, parking lot, two islands to service four cars at once), the new owners of the Little Station transformed the office and service bay into a flower shop (Tiger Lilly Florists) and tore down the canopy to put in a small office block. Sad, really, but at least the main building is still there. And sometimes when I'm home, I'll go into buy flowers, just to have a snoop around the place!

At the Big Station, and as I came into my teens and starting high school, I spent most of my waking hours at the station. After school, I'd walk down the hill into town to the station do my homework in the waiting room . . . back when full service stations had them (they're now snack shops). And occasionally, one of my girlfriends would walk down with me and we'd do our homework in the waiting room while really watching the boys on the islands ;-)

When I was 'of age', I got to start pumping gas on the weekends and eventually full-time in the summer. Not something my folks ever expected of their daughter, but growing up around the place, I think it was natural for me to want to work in the family business. How could I not, with dad up to his elbows in the service area and mom in the office keeping the books? Another task I eventually worked at for a while.

I wasn't a popular kid in school (not even when I started driving), but when I ended up working with the boyfriends of some of my high school classmates, I suddenly became even more unpopular than I already had been! It was a good thing I had music, art, and writing to keep me company.

But I had a great time at the station. The work was fun, I learned a lot more about cars, and met some interesting characters . . . Clint Eastwood (later to become an employer), Betty White and Alan Ludden, Regie Jackson, John Travolta, LeVar Burton, Bill Bates (not Gates!), Sam Farr, Leon Panetta, Gus Arriola, Joan Fontaine, Kim Novak, Doris Day, James Ellroy, Beverly Cleary, Alan Funt, Robert Campbell, Robert Heinlein, Dean Koontz...and the list goes on. My hometown was founded by artists and writers, so how could I not want to write? Or paint, which I did for a time.

When I started working in the station, I had to prove myself to the boys. Some of us had competitions to see who could service a car the fastest. No short cuts.

Also --
check for leaks around the heads for oil leaks and stave off potential problems like blown gaskets and advance signs of blowing a head
check the air filter
check the carb, and while the air filter was off, check for gas leaks or sticky butterfly valve
check the belts
check the spark plug cables (if a car sounds rough pulling in, while checking the cables, you might pull a couple plugs and see if any are bad. Easily replaced at this point)

Exterior of the vehicle --
check the tires (tread depth, wear, any damage to the rubber)
make sure the hubcaps are secure
Wash the windows...all of them

And if the tank was still filling, and if they had dogs which were at home, offer to wash the insides to get rid of nose prints.

About the only thing we didn't do was wash the car and vacuum it out! But when the customer brought their car in for servicing, cars did get that service too.

Almost everything done on the service islands was performed by 16 and 17 year old high school students, and sometimes by a girl (me).

How long did all this take? About 3 minutes. And we did this with every car. If my old brain recalls correctly, my fastest time was 2:33, and I think that was down to there being dogs in the car so no window cleaning inside.

And if we didn't have any customers on full serve, we'd do it on self serve.

If it wasn't for our gas station, a lot in my life today would not exist. As the bookkeeper, mom taught me to count and read early. I credit my being a writer to mom's teachings. I was reading full sentences by kindergarten and doing fractions by 1st grade, both things being ahead, at the time, by a couple years. I was already writing short stories by 5th grade.

Dad gave me a love of cars and music, especially oldies tunes. Occasionally, he'd do partial trades of services for records from a friend who owned a record store . . . you know, old vinyl LPs! At home, I listened to a lot of them, growing my musical tastes along with my literary ones.

When I tell people I was raised by grease monkeys, I say so lovingly and with fond memories. I'm sure if I was a kid growing up today in the sterile, generic gas stations, I wouldn't be able to say, 40+ years down the road, what a great and educational time I had growing up in a station.

The era of the service station is gone. They're all just gas stations now. There's no full service, nor is there even partial service. Older drivers and physically challenged drivers are forced to fend for themselves.

And we've lost an integral part of the community. What better way to get to know your neighbors than having a chat while their car is filling up. Lots of local stories, lots of local gossip, and everyone knew each other.

Was my hometown like Mayberry? Not so much. But it was a great time, nonetheless. A different time. One that's sadly lost in more than just the small town I grew up in. So I'm thrilled to see the family in Louisiana still making it work.

Do you know of any old fashioned, full service stations still running? Find me on Facebook and let me know where. 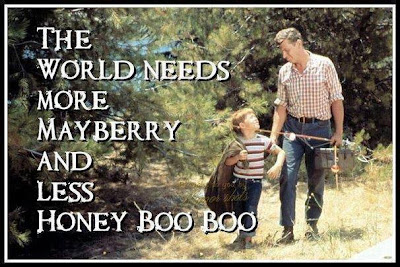 Posted by Kemberlee at 6:54 PM